Written by Vincent McDowell on February 14, 2018. Posted in Company News 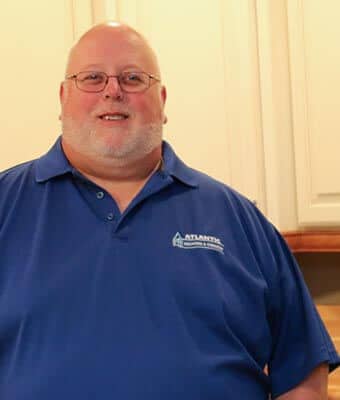 Mark Woodruff, President and CEO of Atlantic Millwork & Cabinetry and Richard Reed Co-Owner recently named M.L. Jenkins General Manager for the company, which sells and installs building supplies on Delmarva. The company has been in business for more than 25 years with a showroom and warehouse in Lewes, across from Nassau Valley Vineyards, between route 9 and route 1.

M.L. Jenkins a native of Milton graduated from Cape Henlopen High School in Lewes back in 1979. M.L. stayed in the local area working for various companies in the building supply industry. Prior to Atlantic Millwork & Cabinetry M.L.s experience ranges from building houses as a self-employed contractor, a ten-year career with Nanticoke Homes overseeing their Purchasing Department, and Kitchen and Cabinetry Design at Lowes in Lewes. This year, M.L. celebrates fifteenth years at Atlantic Millwork & Cabinetry.